Keep Your Eyes Peeled For The SpongeBob SquarePants Marathon!

And you thought nothing could beat a beach party. As kids have discovered at Nickelodeon’s Bikini Bottom Buddy Roundup event last July 18, undersea get-togethers are way cooler! SpongeBob SquarePants, Patrick Star, and the rest of the Bikini Bottom gang did some serious partying with their human friends at SM Megamall, the official venue partner, to give them a preview of a special surprise happening over on the Nickelodeon Channel. Thousands of Nicksters and their families showed up to experience a fun-filled afternoon and meet their favorite silly sea creatures. 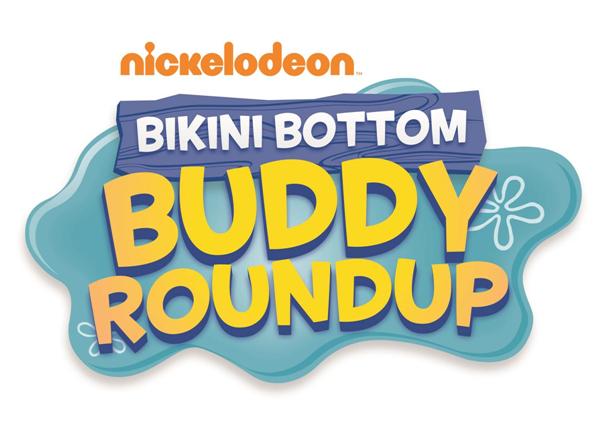 While waiting for the program to begin, excited kids made their way to the different booths that featured products of Appebon Kid, Chubby Chocolate, and Lipps Pop Stix, the official sponsors of the event. They also enjoyed having their faces painted with their favourite Bikini Bottom characters and getting their pictures taken at the Photo booth, while the younger kids immediately gravitated towards the giant inflatable play area, where they spent a good one hour jumping and bouncing nonstop.

A special episode screening began shortly, allowing everyone to settle down and rest while still being entertained by SpongeBob’s silly antics. Then the Nickelodeon team launched the different game booths including the Square Pair memory game, a dice game, and the Ultimate Bikini Bottom Buddy Search Corner, which is an actual sneak peek of the TV-online game. This corner had everything the kids needed to know about the contest, from the contest details, the Bikini Bottom Buddy Search poster, and many more. Two digital tablets were also provided, which they used to give the online game a try for the first time. For an ultimate entertainment experience, two LED screens connected to the tablets were placed in the background so that other kids were able to join the fun.

To officially kick off the Saturday SpongeBob spectacular, the Next Level Octomix Dancers gave a breath-taking opening performance, much to the excitement of the audience who couldn’t help but be wowed by their stunts. But of course one of the most awaited parts of the event was the appearance of the SpongeBob characters, and they never disappointed the crowd. Squeals of delight greeted the characters who appeared on stage and said hello to everyone. The fun continued with a lot of games and raffle draws, followed by a special meet and greet with the Bikini Bottom gang which allowed the excited kids to get up close and personal with their favorite characters.

Now don’t worry if you missed the event because the fun is definitely not over. Tune in to Nickelodeon from July 20-24, 6:00 to 8:00 pm, and keep your eyes peeled for the SpongeBob SquarePants marathon. Take note of all the 8 characters that will be featured on that day’s episodes and go to the Nickelodeon website to play the Bikini Bottom Buddy Search. Find the SpongeBob poster image and spot all the eight characters of the day! By the end of the week, if you were able to find all 40 of SpongeBob’s friends and have managed to clear all five levels of the online game, you’ll a get chance to unlock an exclusive never-before-seen SpongeBob SquarePants episode online! You could also win awesome prizes and get to create your own Bikini Bottom resident. See, it’s always fun on Nickelodeon. So keep your eyes open and put your memory to the test as you join SpongeBob and friends on an under the sea adventure!

Nickelodeon, now in its 36th year globally and 17th year in Asia, is one of the most globally recognized and widely distributed multimedia entertainment brands for kids and family. Creating surprising and playful entertainment experiences everywhere it goes, Nickelodeon has a portfolio that includes television programming and production around the world, plus special events, consumer products, digital offerings, recreation, books, feature films and pro-social initiatives. Nickelodeon’s brands are seen globally in more than 450 million households in over 100 territories via more than 70 locally programmed channels and syndication. For more information about Nickelodeon in Asia, visit www.nick-asia.com.