More Than 36,000 Players and 2,700 Coaches Have Participated in the Program Since 2007 –
Online Registration Now Live at www.jrnba.asia/philippines – The Jr. NBA /Jr. WNBA Philippines 2016 presented by Alaska will return to the Philippines for the ninth consecutive year from Jan. 23-April 24. The Jr. NBA/Jr. WNBA program is free and open to boys and girls between the ages of 10-14. Jr. NBA/Jr. WNBA, the league’s global youth basketball participation program for boys and girls, teaches the fundamental skills as well as the core values of the game at the grassroots level in an effort to help grow and improve the youth basketball experience for players, coaches and parents. During the 2015-16 season, the Jr. NBA/Jr. WNBA program will reach more than 6.5 million youth in 32 countries.
The Jr. NBA/Jr. WNBA Philippines 2016 presented by Alaska is comprised of four stages: skills clinics in schools and communities, Regional Selection Camps, a National Training Camp and an NBA experience trip. The skills clinics will be held nationwide from January through April with stops in Bukidnon, Butuan, Cagayan de Oro, Dagupan, Davao, Iloilo, Metro Manila and Puerto Princesa, and first-time locations in Batangas, Catanduanes and Cavite. Select players from these clinics will have the opportunity to showcase their skills in tryouts during the Regional Selection Camps, which will be held in Baguio (Feb. 20-21), Davao (Feb. 27-28), Cebu (March 5-6) and Metro Manila (April 9-10). The top 50 boys and 24 girls from the Regional Selection Camps will advance to the National Training Camp in Manila April 22-24. 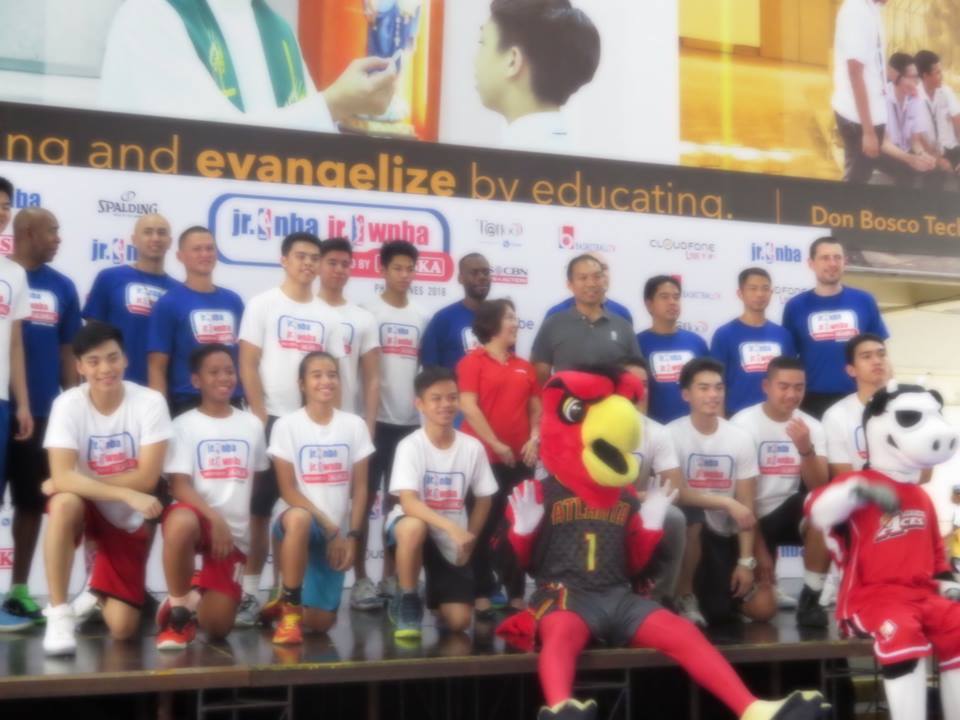 An NBA and WNBA player or legend will be in attendance at the National Training Camp to help train and inspire the finalists. The program will culminate with the selection of 10 Jr. NBA and five Jr. WNBA All-Stars who will travel on an overseas NBA experience trip together with fellow Jr. NBA All-Stars from Southeast Asia. The 2015 Jr. NBA All-Stars traveled to China to watch the NBA Global Games in Shenzhen featuring the Charlotte Hornets and the L.A. Clippers. 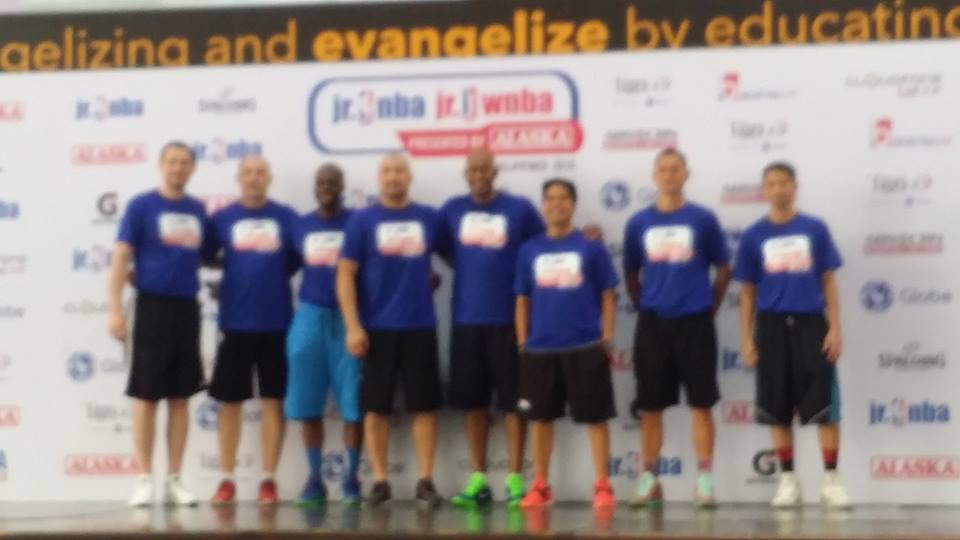 “The Jr. NBA Philippines is the league’s longest-running youth basketball program outside the United States,” said NBA Philippines Managing Director Carlo Singson. “The program continues to positively impact the lives of children, parents, and coaches, and reinforces the positive values that go beyond the four corners of the court. Together with Alaska, we are committed to providing world-class basketball instruction to more communities to further our mission of encouraging an active lifestyle among Filipino youth.”
“These holistic programs train children to be confident, disciplined and hardworking because Alaska Milk Corporation aims to prepare them to be winners in life in the future,” said Alaska Marketing Director Blen Fernando. “Moreover, this year’s program includes new locations such as Batangas, Catanduanes and Cavite to reach more children and coaches and discover unique talents across the country.”
In addition to the player camps and clinics, the search for the 2016 Jr. NBA Coach of the Year will begin on Jan. 22 in Manila, which will be led by Jr. NBA Head Coaches Craig Brown and Chris Sumner along with Alaska Power Camp Coach Jeff Cariaso. Ten Jr. NBA and four Jr. WNBA coaches will be selected as finalists and trained at the National Training Camp.
Through the promotion of proper nutrition and an active lifestyle, Jr. NBA /Jr. WNBA presented by Alaska continues to be an effective platform in implementing Alaska Milk’s NUTRITION.ACTION.CHAMPION. program that helps address the issue of overweight and undernourished children in the Philippines.
CloudFone, Gatorade, and Globe Telecom serve as Official Partners of the Jr. NBA/Jr. WNBA in the Philippines, while Spalding is a Supporting Partner. ABS-CBN Sports + Action, Basketball TV and NBA Premium TV are the Official NBA Broadcasters of the Jr. NBA/Jr. WNBA in the Philippines.
The Jr. NBA/Jr. WNBA program is free and open to boys and girls ages 10-14. Coaches and participants can now register online at www.jrnba.asia/philippines, where the program terms and conditions can be found.
Fans can also follow Jr. NBA on Facebook at www.facebook.com/jrnbaphilippines. For all things NBA, visit www.nba.com and follow us on Facebook (www.facebook.com/philsnba) and Twitter (www.twitter.com/nba_philippines).
To learn more about the Alaska Milk Corporation, visit www.alaskamilk.com and www.playph.com.
About the NBA The NBA is a global sports and media business built around three professional sports leagues: the National Basketball Association, the Women’s National Basketball Association, and the NBA Development League. The league has established a major international presence with games and programming in 215 countries and territories in 49 languages, and NBA merchandise for sale in more than 125,000 stores in 100 countries on 6 continents. NBA rosters at the start of the 2015-16 season featured 100 international players from 37 countries and territories. NBA Digital’s assets include NBA.com and the NBA app, which achieved record traffic during the 2014-15 season, as well as NBA TV. The NBA has created one of the largest social media communities in the world, with more than 960 million likes and followers globally across all league, team, and player platforms. Through NBA Cares, the league addresses important social issues by working with internationally recognized youth-serving organizations that support education, youth and family development, and health-related causes. 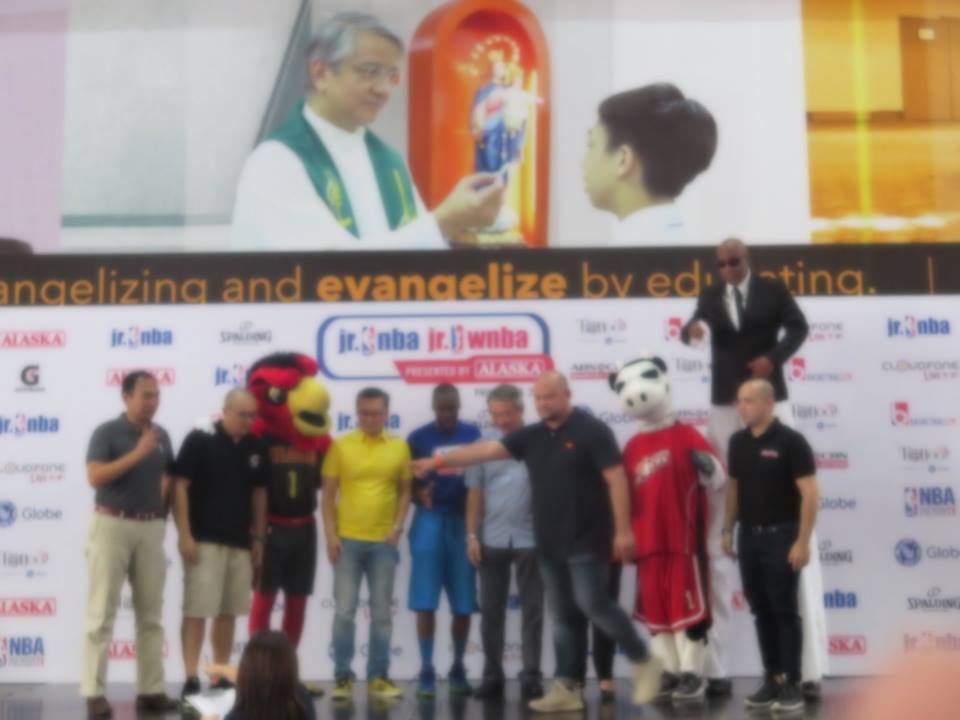 About Alaska Milk Alaska Milk recognizes the need of Filipino children for proper nutrition. According to the 2011 National Nutrition Survey conducted by the Food and Nutrition Research Institute (FNRI), it was revealed that 3 out of 10 children aged 5-10 years were underweight while 8 out of 100 children of the same age were overweight, making malnutrition and obesity two of the most pressing nutritional problems in the Philippines today. Alaska Milk is committed to help provide proper nutrition through its leading brands, Alaska Powdered Milk Drink and Alaska Chocolate Powdered Milk Drink. It contains 20+ essential nutrients that help children reach their full growth potential. Aside from proper nutrition, an active lifestyle is needed in order to shapand nurture healthier children. Because of this, Alaska Milk encourages children to “go out and play” through its NUTRITION. ACTION. CHAMPION. programs: Alaska Basketball and Football Power Camps and Cups, Alaska IronKids Triathlon, Alaska Family Run and Alaska Cycle Philippines. At the same time, Alaska Milk has a professional basketball team, the 14-time PBA champion, Alaska Aces, which continues to inspire the youth to become future champions who are guided by positive values. Finally, Alaska Milk partners with excellent local and international organizations who share the same objectives, vision, and values namely the Philippine Basketball Association, National Basketball Association, World Triathlon Corporation, Cycle Asia, Makati and Alabang Football Schools and Sunrise Events, Incorporated.