Singer KZ Tandingan earned new fans with her powerful performances during her stint on China’s high-rating TV show, Singer 2018. Although she did not make it to the finals, KZ made a mark with the Chinese audience, cementing her title as Asia’s Soul Supreme.
Now back in the Philippines, KZ performed for her fans at the SM Mall of Asia on April 22, Sunday, to support the launch of Vivo’s newest flagship smartphone, the V9 with a 24-megapixel AI selfie camera and more. It was her first public performance in the Philippines following her appearance on Singer 2018.
As the crowd roared in welcome, KZ belted out her signature hits like her cover of Lorde’s “Royals,” which she performed on Singer 2018, and Air Supply’s “Two Less Lonely People in the World.” She also sang her original songs, “Labo” and “Mahal Ko o Mahal Ako.” 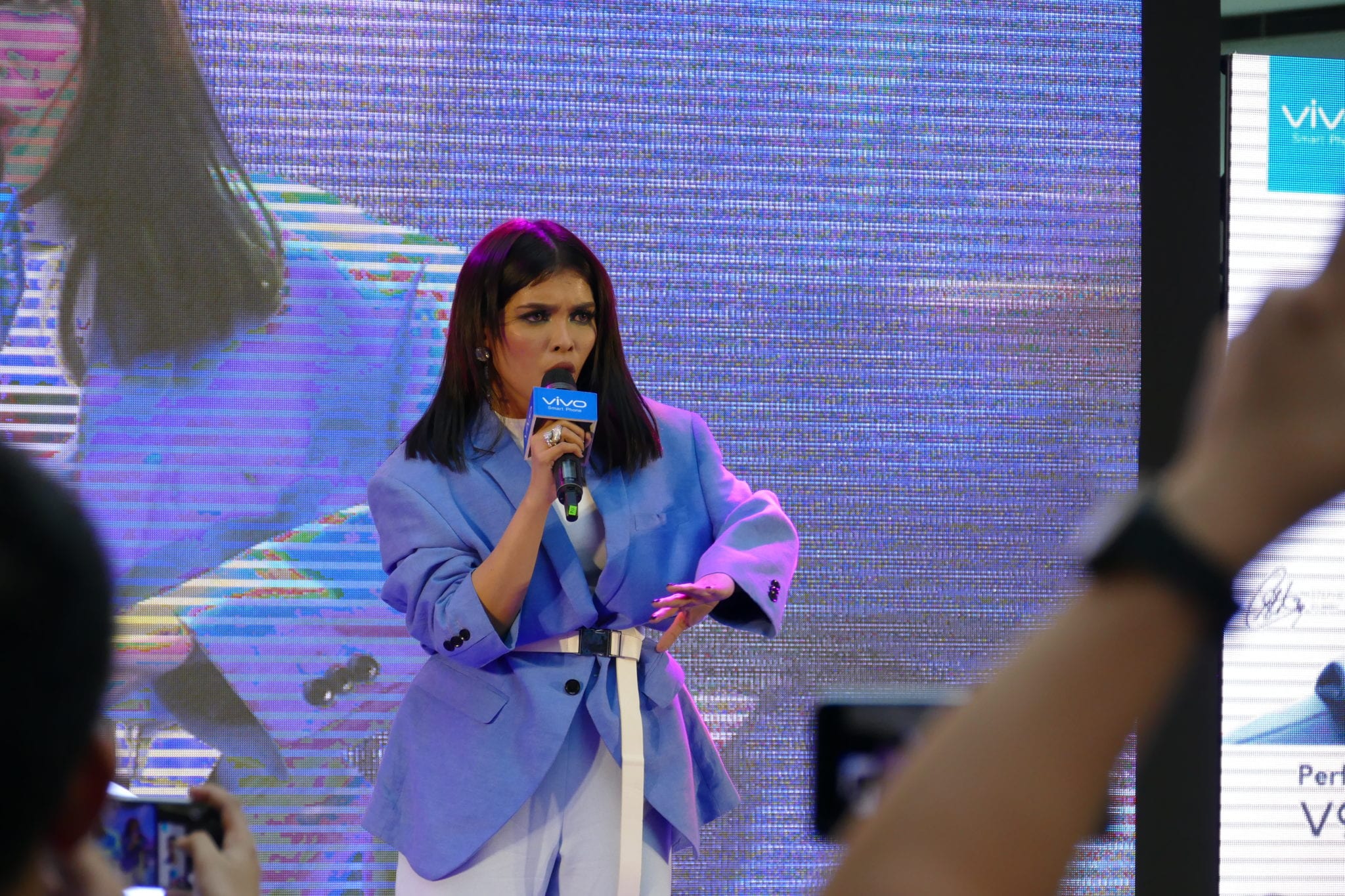 Game face on! KZ always ready to give her all as she wowed fans with her topnotch performance at SM Mall of Asia on April 22, Sunday, for the Vivo V9 mall tour.

Vivo Philippines Brand Director Annie Lim, meanwhile, expressed the global smartphone company’s continuous support for KZ.
“Like the rest of the Filipinos, we are very proud of KZ and her achievements on Singer 2018. She embodies the brand’s personality—young, trendy, and techie. We are very happy that someone as talented as her is part of the Vivo family,” she said.
“We can’t wait to see what she’s going to do next,” Lim added. 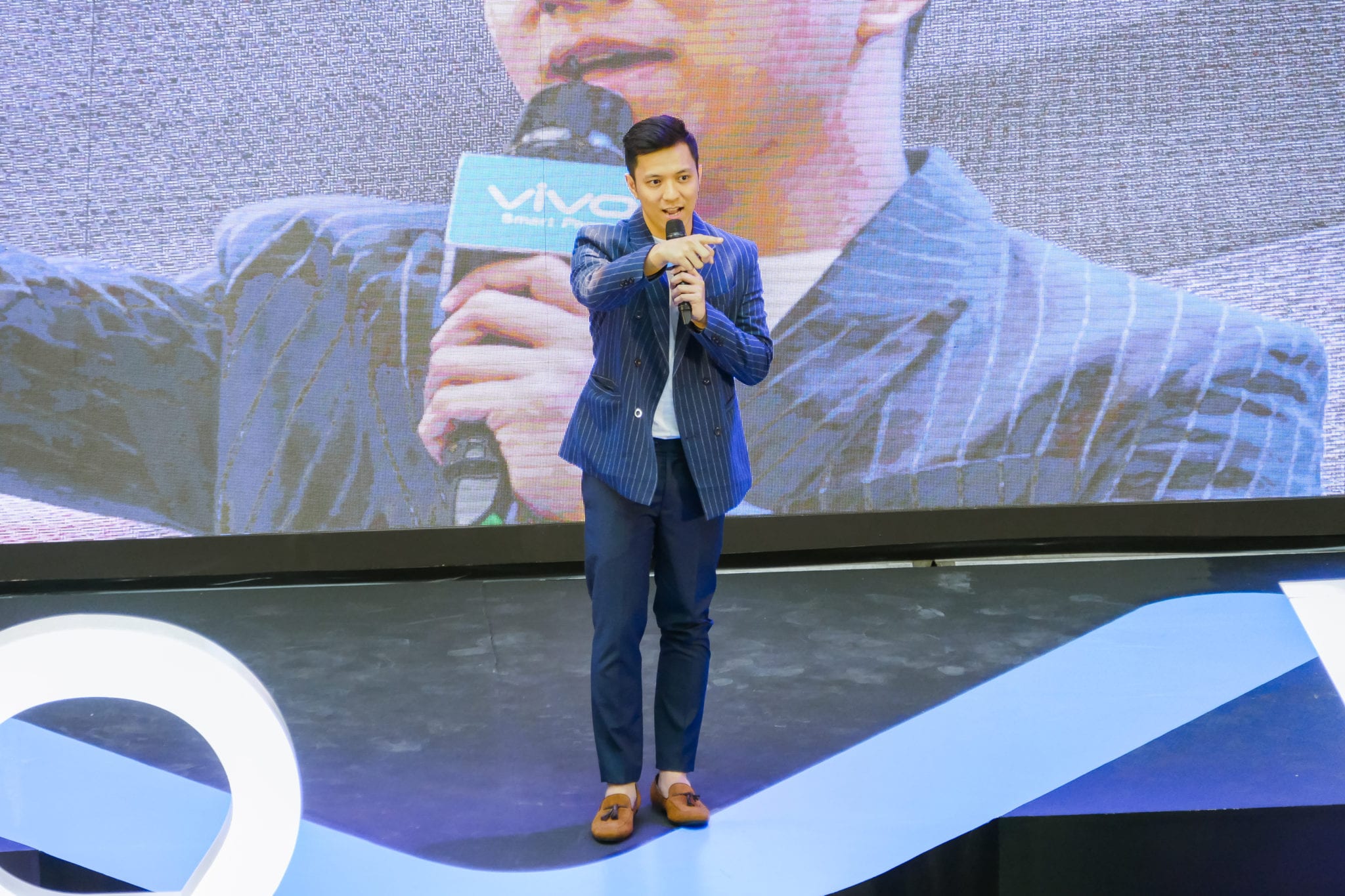 TJ thrilled fans at SM Mall of Asia on April 22, Sunday, with his melodious, captivating hits.

The event was even made more special since acoustic balladeer TJ Monterde, KZ’s equally talented boyfriend and fellow Vivo endorser, performed for the event. He sang his own compositions, “Tulad Mo,” “Kahit Kunwari,” and “Ikaw at Ako.”
TJ also had nothing but praises for her girlfriend as she introduced her on stage and encouraged the mallgoers to cheer KZ on
“KZ deserves a loud crowd,” he said. 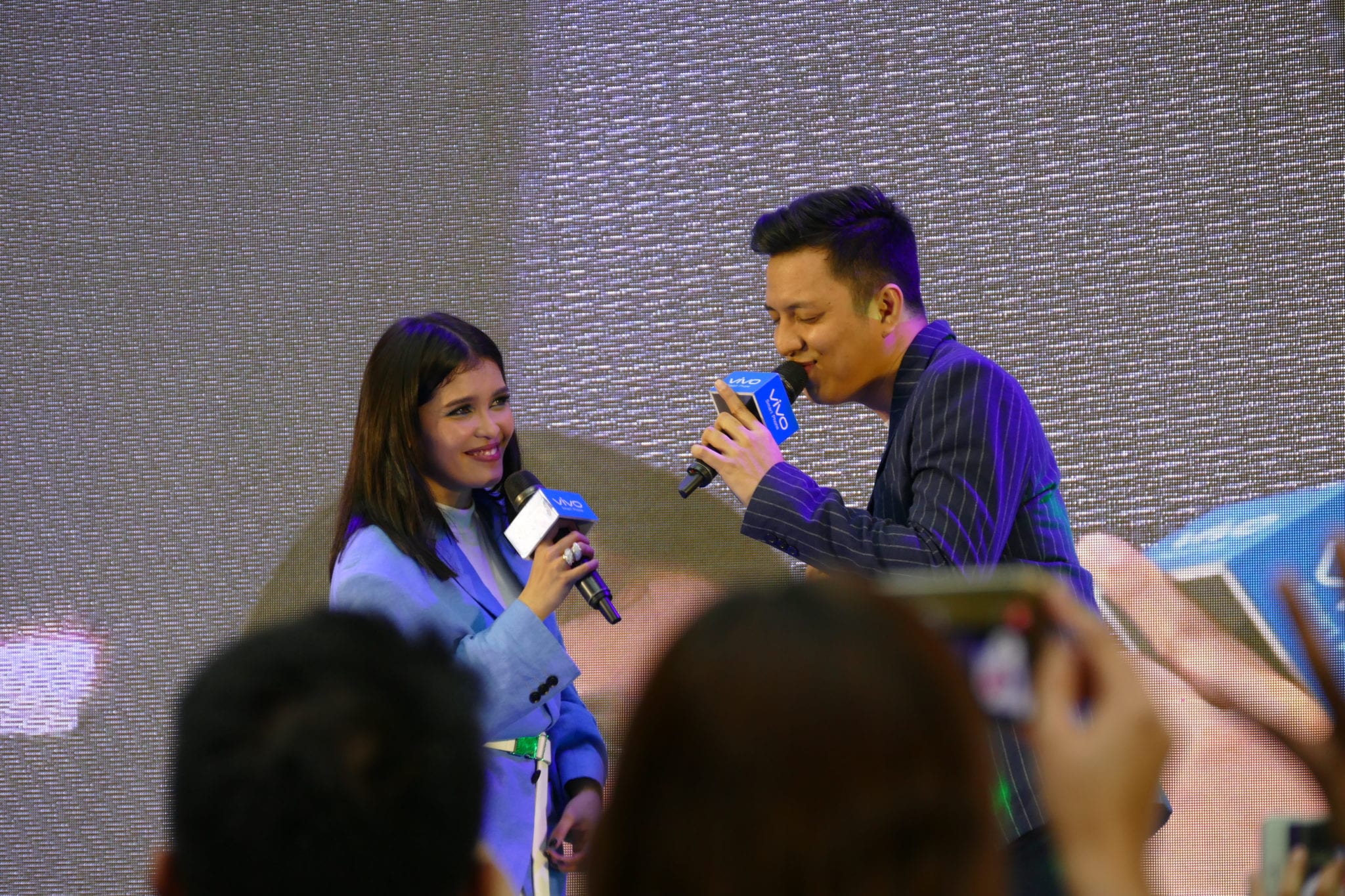 After the pair answered questions from the press and gave away a brand new Vivo V9, they sang their hit duet, “Ikaw at Ako Pa Rin,” which made their fans overjoyed with kilig.
KZ and TJ then went around the Perfect Shot, Perfect View Vivo V9 mall tour experience booths and greeted Vivo V9 buyers and their fans after the program. The two also surprised mallgoers when they dropped by the Vivo kiosk at the SM Cyberzone.
KZ has been a proud Vivo endorser since September 2017. She has also been active in joining Vivo in its mall tours and activities since then. TJ, on the other hand, became a Vivo endorser since May 2017.
Check out Vivo’s official YouTube page for more information: https://youtu.be/d22rnb24L8A

A global smartphone brand focused on introducing perfect sound quality and ultimate photography with cutting-edge technology, Vivo develops innovative and stylish products for young people. We now have over two hundred million users and are one of the preferred brands of young people around the world. As an Official Sponsor of the FIFA World Cup™, Vivo believes in the importance of encouraging young people to embrace self-expression and an energetic lifestyle. In the Philippines, Vivo is the top 3 smartphone brand in terms of market share with 1.5 million users nationwide.
For Inquiries about Vivo visit the Vivo website at vivoglobal.ph
Facebook page: https://www.facebook.com/VivoPhil/
Instagram: https://www.instagram.com/vivo_philippines/
Twitter : https://twitter.com/vivo_phil