Set to be one of the grandest battle arena games in the Philippines, the Rules of Survival – NiMO TV – Philippine Champions League is a breakthrough in the esport industry and will strengthen the new era of esports and game streaming in the country.

“We see the growth of gamers in the Philippines, and we want NiMO TV to be the stage in showcasing their skills not just in their country but in the entire South East region.”  Henry Zhao, NiMO TV Overseas Executive. “NiMO TV’s existence is not just streaming tournaments but also to discover grassroots talents that can represent their country in the future” added Zhao.
Aside from the rising numbers of players, NiMO TV also recognizes that Filipino gamers are drawn in playing games like ROS. NiMO TV and ROS have secured an excellent partnership in other countries and extend this partnership in the Philippines to bring the game closer to every Filipino gamer.
The Rules of Survival – NiMO TV – Philippine Champions League Season 1 qualifier will begin on November 24 – 25, 2018. Survivors will advance to the playoffs on December 1 – 9 and the top ROS squad will be crowned on December 15, 2018. 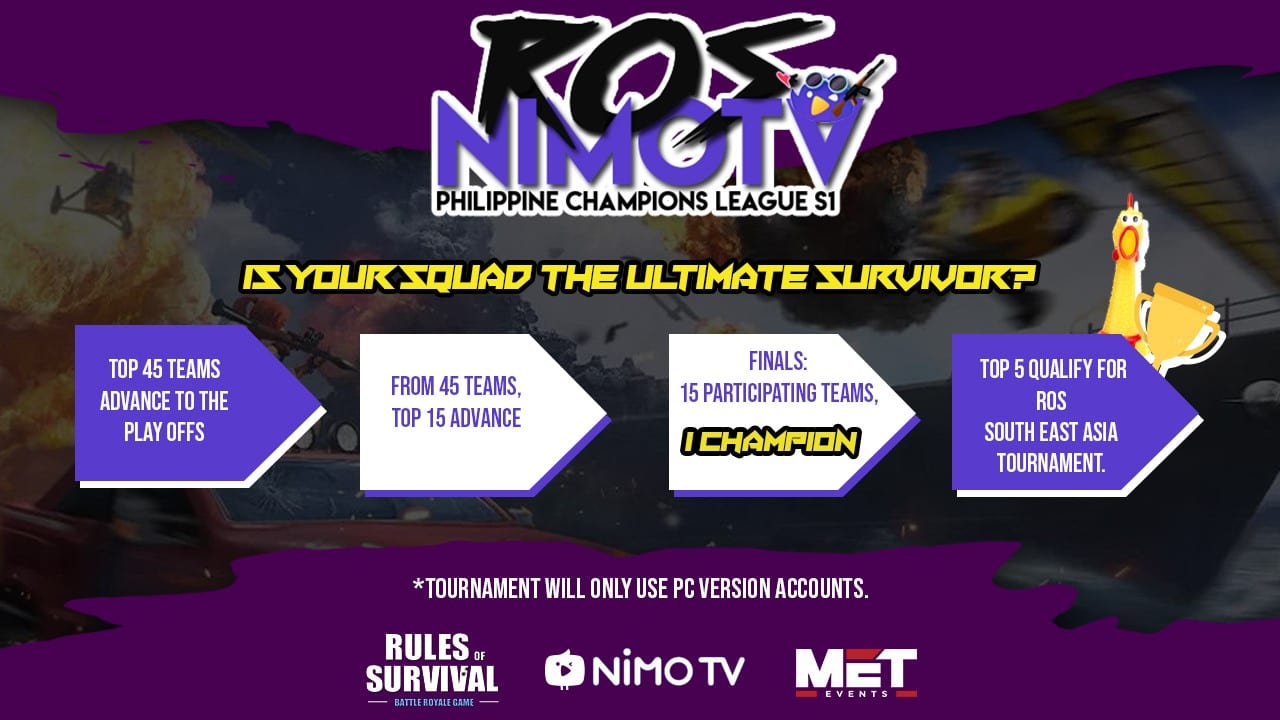 Winners of the tournament can bring home Php 100,000 for the 1st Prize, Php 80,000 for 2nd Prize and Php 50,000 for 3rd Prize. Aside from the Cash Prizes, the Top 5 teams will represent the country in the ROS Southeast Asia tournament.  There, they will face other Southeast Asian teams to battle and claim supremacy. 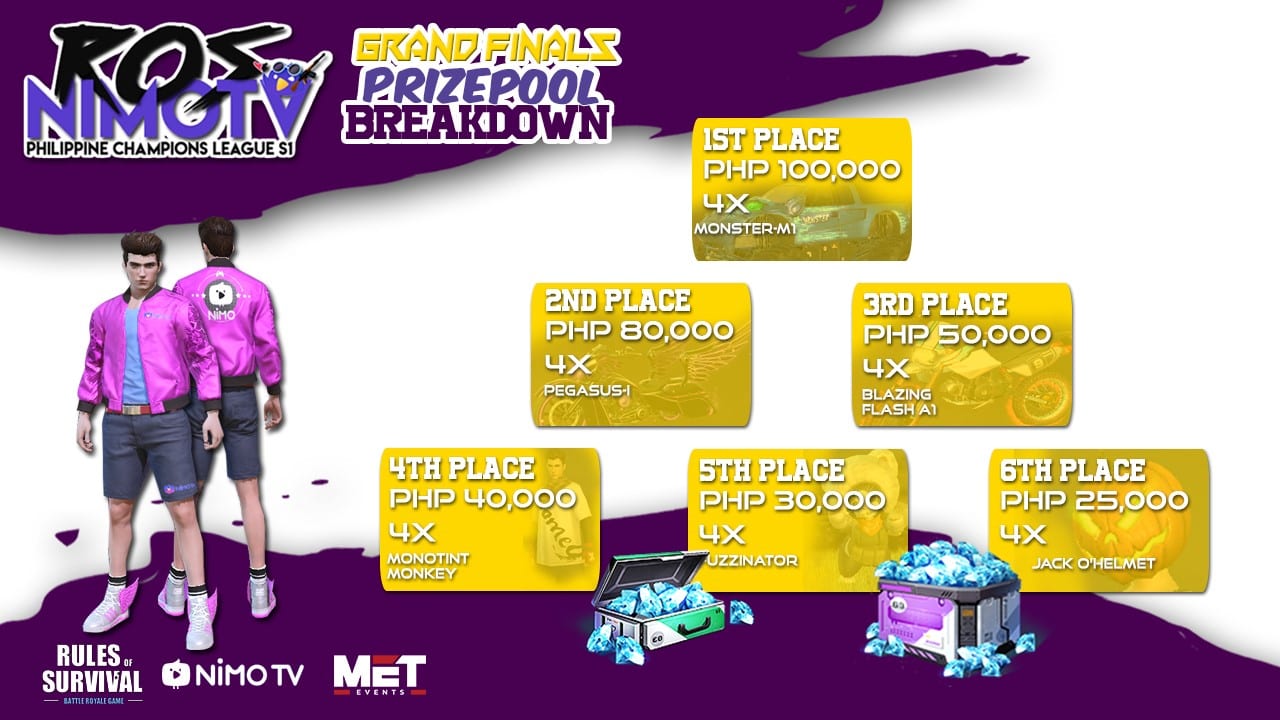 NiMO TV is a leading global platform that allows millions of gamers from all around the world to play and broadcast their games to other like-minded players building a community of players, gamers, and fans that drive conversation, and allows peer-to-peer rewards and recognition. Utilizing a high-quality interactive technology, audiences can interact with streamers, and gain access to exclusive esports events and tournaments, along with unprecedented access to the top streamers from across the region.